I had a chance to speak to Michael tonight about signing autographs to raise money for the various charities he supports. He was very open to the idea so I told him I would gauge interest here and let him know. We did not set a date yet. For now, we decided that when Rochester comes through Norfolk in July, that might be a good time since we could get together at the ballpark. If there is a considerable response and I can gather a lot of cards, I can ask him about doing it sooner. He lives locally and I can probably find a time to meet up with him at any point during the year, save maybe during Spring Training since he still works with the Twins in an advisor/instructor capacity. Those details will be easy enough to work out, but for now I wanted to see who would be interested in sending for him.

For this first go around, I told him we would limit to cards only and not hassle with photos and larger items. If this one is successful, I am sure he would be open to doing another and I will inquire about working in other items.

Pricing would be as follows:
$10 - each regular size baseball card
OR
5 cards for $40 (basically buy 4 get 1 free)
SASE will be required
Further S&H/payment details will be given if/when this signing is a go.

100% of the proceeds of this signing would be going to Michael's charity work.
I would not be making a single penny off of this signing.
The intent is to help collectors add a bona fide big leaguer to their collection and help Michael raise money for charity in the process.

I did not ask about inscriptions. If there is enough interest from folks wanting inscriptions, I'll ask him and post a price here. He was the NL Batting Champ in 2013, a two-time All-Star and a 1st Round Draft Pick so he has at least a few to choose from.

Michael and his wife Claudia have what he termed a "gift foundation" in which they raise money and that money is then distributed to various charities (mostly right here in the 757 area) that they designate to receive funds. He works with several worthwhile organizations, including Children's Hospital of the King's Daughters, Toys For Tots and the Salvation Army. His wife is also a school teacher and I believe (but I'm not positive) that he contributes to the school's sport teams.

Cuddyer was a very good player but he is an even better individual, so I am hoping for a strong response to help him give back to the community. From the day he was drafted he has taken the idea of being a role model very seriously and is always looking for ways to positively effect those around him. This is a great chance for a win-win for him and the causes he supports and collectors alike.

EDIT TO ADD:
I also have a few of Cuddyer's 1998 Topps and Topps Chrome RCs that are already signed by John Curtice during a private signing that JustCrazy held with him a few years ago. Cool thing about this card is that both guys played locally for Great Bridge High School and both were 1st Round Draft Picks. This was a pretty rare thing in 1998, especially for a public school. If anyone is interested in purchasing these cards for Cuddyer to complete, the cost would be $2 for each card plus return S&H. This additional money would also be 100% going to Cuddyer. 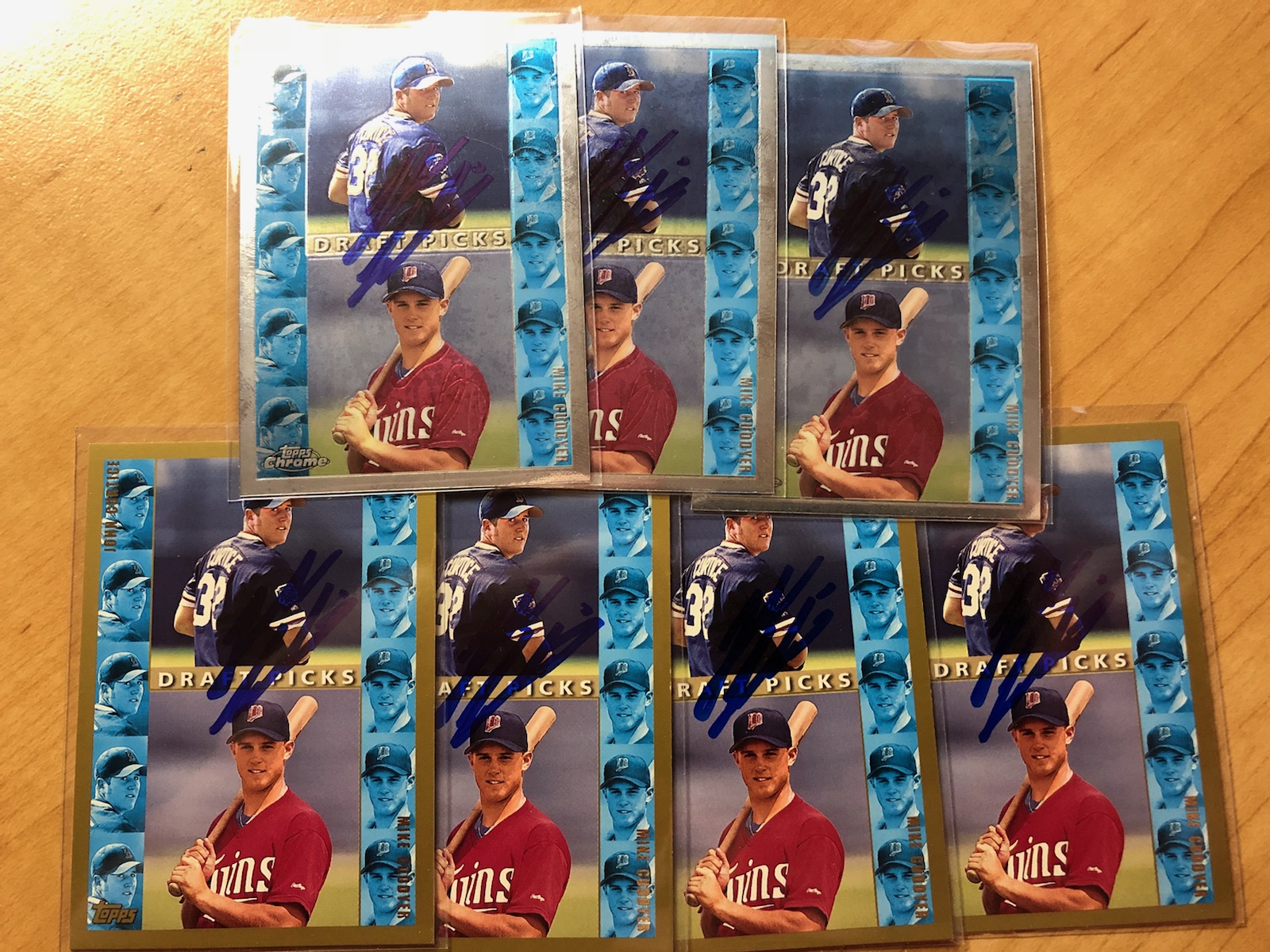 I would be in for five. Happy to hear of his charity help.

I'd like to get around 100 cards before contacting Michael about setting up a date, and we're about halfway there. Anyone else interested in sending cards for this former NL batting champ?
I'M LISTENING TO THE F@@@ING SONG!!!!

I can send some. Will look this weekend and LYK.

I would send in 5.
Graphing the Southern League

I'm in for at least 1
Collecting anything Team USA
M

I've got someone that would be up for 5.
You must log in or register to reply here.